FOR THE MOST UP-TO-DATE TRACK INFORMATION AND PARK SCHEDULE, VISIT OUR FACEBOOK PAGE @DYRACUSERECREATIONALPARK!

Dyracuse has something to offer for everyone’s riding ability. Doesn’t matter if you have a motorcycle, ATV/UTV, or three wheeler. Enjoy a scenic ride on the trails, go fast on one of the tracks, challenge yourself and your equipment on the challenge course, see how far you can make in the mud play area, spin donuts in the sand bowl.

Dyracuse Mound is situated within the recreational area and a lookout tower sits atop the mound. There are picnic grounds, grills, tables, a shelter house, children’s playground, restrooms, and hot and cold water provided. 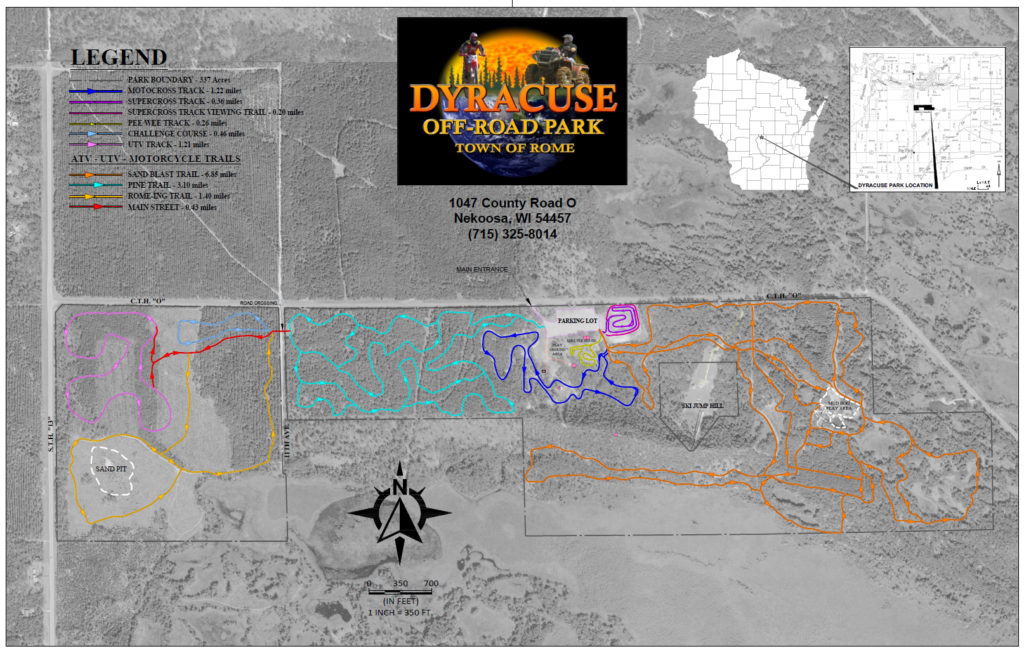 How to Find Dyracuse 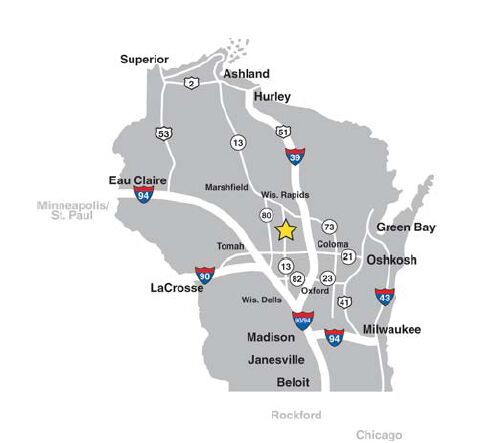 Looking for additional Town of Rome information, check out Visit Rome, WI for a local calendar of events, accommodations information, and of course, local dining options!

Many roads in the Town of Rome are open to ATV riders and marked with ATV route signs or arrows.

Operators must stay on marked routes.

Riders are encouraged to stop by the Rome Municipal Building (M-F 8am to 4pm) for the most current map of designated town road routes.

Every effort is made to keep current route maps accurate; however, changes may occur so it is best to follow marked trails as they will be the most accurate.

For the most current Adams County ATV trail routes and maps call the Adams County Parks & Recreation Department at (608) 339-4230.

Rapid Angels Website
On March 4, 1979, the Rapid Angels Motorcycle Club discussed the possibility of a Motorcycle Recreation Program (MRP) funded park for the land adjacent to their own twenty acres in the Town of Rome.The MRP is operated through the Wisconsin Department of Natural Resources. The program is designed to provide financial assistance to local units of government for acquisition, operation, and maintenance of public off-highway motorcycle riding areas and facilities. Funding for this program began back in 1969 when the state added a two-dollar fee of motorcycle registrations. A committee from the Rapid Angels met with the Town of Rome officials and proposed the development of a MRP funded park. After several meetings, the proposal was approved and the Town of Rome became the first in Wisconsin to develop a motorcycle recreational area with funding from the MRP.
The Dyracuse Recreational Area officially opened on May 29, 1982, and is operated by the Town of Rome. The park is named after Dyracuse Mound, a prominent landmark in Adams County, where it is located. The area abounds with recreational opportunities with numerous lakes and forests surrounding the park. Camping, lodging, food and gas are readily available.